Teens in the Driver's Seat

“Sweet sixteen” isn’t always so sweet for parents. For many, the thought of their child learning to drive is frightening—and for good reason. Car accidents are the leading cause of death for U.S. teens, claiming about 3,000 lives a year, according to the Centers for Disease Control and Prevention (CDC). 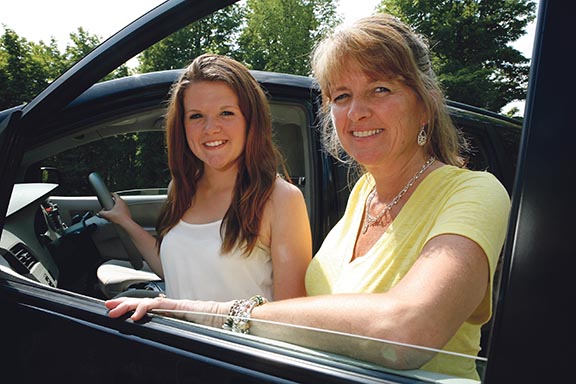 But she and her husband took the same approach to teaching their children to drive that they have taken throughout parenthood: They got involved. “We talked to them about our fears,” says Melendez, who has one child currently learning to drive. “We made them enroll in driver’s ed. We took them out driving, and we tried to set a good example when we were driving. All of those things helped.”

And that’s the good news: Despite the statistics, parental involvement can make a difference. According to the New York State Department of Motor Vehicles, 89 percent of teenagers say their parents are the biggest influence in encouraging safe driving.

“The more experience new drivers get with their parents, the safer they will be when they go out on their own,” says Bob West, a driver education instructor at Manlius Pebble Hill School. “Spend time and give them many hours behind the wheel.”

But setting aside that time can be difficult. “Time is a big factor,” says Melendez. “Everyone is busy with work, school or other activities. Having the time to devote to driving when you are not in a hurry to get somewhere is a challenge. And letting a child who is learning to drive get behind the wheel when you’re in a hurry is not a good idea!”

Still, spending dedicated time focused on driving is crucial to a teen’s preparation, and can have the added benefit of giving parents peace of mind, as Lisa Bordonaro discovered when teaching her son to drive. “I went driving with him and made sure he knew the rules of the road, and knew what he was doing,” says Bordonaro, of DeWitt. “I wanted to make sure I knew he was ready, and that he knew he was ready.”

And it’s not just about teens logging driving hours with their parents as passengers. The state DMV says young drivers are also less likely to be involved in an accident if their parents set rules and monitor their activities.

Karen Kloepfer of Onondaga Hill, whose son and stepdaughter turned 16 within a month of each other, says her children had to abide by rules in order to be allowed to take their driver’s tests—and to continue driving once they earned their licenses. “We don’t allow them to have more than one friend in the car at a time, they have to be back by certain time. . .  As long as they follow the rules they can drive.”

Parents might also consider signing a “contract” with their teen. A written agreement between parent and child—spelling out expectations, restrictions, rules, privileges and consequences related to driving—can help hold a teen driver accountable and reduce risky driving behaviors, according to the New York State Department of Health. 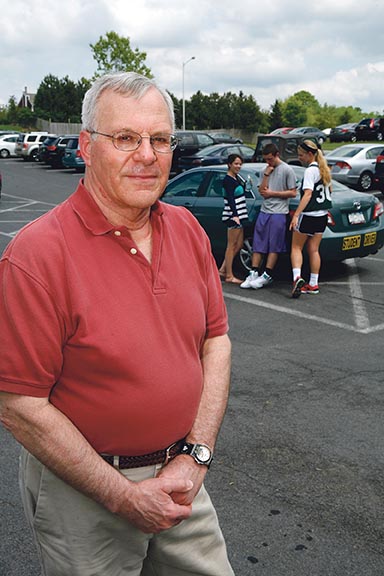 West says modeling good driving behavior is also key. “Teen drivers learn from example, and a parent must set a good one,” he says. “I have seen my students drive fast and I question them about why they do this. They say their parents drive fast and they think it is acceptable.”

Driver’s education classes can also be helpful in fostering safe driving habits in teens. West says it’s the most important first step for a new driver, and parents seem to agree.

Kris Ellithorpe’s 16-year-old daughter is currently enrolled in the program at MPH. “My advice to parents would be to definitely put your child in driver’s ed,” says Ellithorpe, of Cazenovia. “You try your hardest to teach them right and wrong, but my daughter taking this class gives her all sorts of new and different information that neither I nor my husband would think of teaching her. She is teaching my husband and me things we never knew were against the law. I truly believe she is ready to drive.”

Kloepfer enrolled both of her children in the driver’s education program at Onondaga Community College. She said it was a big commitment of time and money, “But I think it was really good because they were taught by a professional. It’s well worth the money if you can afford it.” Parents may also see lower insurance rates if their licensed teen has completed driver’s education.

Many parents believe drinking and driving is the predominant cause of unsafe driving among teens, but several other factors also put them at risk. According to the CDC, teens are more likely than adult drivers to speed, to underestimate dangerous situations on the road and to fail to wear a seatbelt. Teenage boys are about twice as likely to die in an accident as teenage girls.

Distracted driving is also a major issue, says West. “The greatest problem is distractions when they have their friends in the car. Parents should limit the number of friends in the car until they get more experience. They should discuss all distractions, and this goes beyond cell phones. New cars today are filled with electronic devices that encourage drivers to take their eyes off the road.”

Ellithorpe, who also has a younger child, says she and her husband have found it helpful to discuss these factors. “We have always talked about the other issues that come along with driving, even before our daughter started driving,” she says. “That has always been very important to us in teaching our children, even starting now with our 13-year-old.”

Most parents will also invariably face the prospect of their children riding in cars driven by their teenage friends. “It is hard watching your kids get into a car with someone you watched them grow up with,” says Melendez. “I have always been open with my kids’ friends and I tell them all, every time they leave the house, ‘Be careful, make good choices, every action has a repercussion.’”

Kloepfer says she is lucky because she feels her children’s friends are responsible and trustworthy, but that if one of them had a friend she believed to be reckless, “I would have no problem saying, ‘You’re not going in the car with them.’”

That’s the right approach, according to West. “Parents must know who their kids are riding around with and question their friends’ driving habits,” he says. “I stress peer pressure, and how they must get out of the car if their safety is compromised.”

In response to the dire statistics about teen driving, most states have adopted graduated driver licensing laws, intended to provide new drivers with an opportunity to learn and develop their skills gradually and in low-risk settings. New York state implemented such a law in February 2010 (see information in box).

According to the CDC, graduated driver licensing laws have reduced the rates of car accidents and fatalities on the road, and parental understanding of and enforcement of the laws is important. Still, many states—including New York—could expand and improve the laws. For example, West says he would like to see students required to drive for one year with a permit before taking their driver’s test.

The learning continues even after teens get their license, although parents may feel less involved. “I was a nervous wreck the day of my son’s road test,” says Bordonaro. “Now that he has his license, I don’t have control anymore.” Still, parents can continue to talk to their teens about safe driving habits, and ensure that rules are being followed.

In the end, like so much of parenting, teaching teens to drive requires patience, trust and letting go. “They’re going to make mistakes. They’re learning,” says Melendez. “You have to be calm and patient with them. Talking to them about responsibility and expectations and trusting them with what you teach helps. And listening to them!”

Ultimately, with involvement and guidance from their parents, most teens will be ready for the responsibility of driving on their own—whether or not their parents feel ready. “I think letting go is the hardest part,” says Bordonaro. “You have to trust that they’re going to be OK. But you wait for that car to pull into the driveway. You just want to know they’re home safe.”

Learning Stage:
• Must be at least 16 years old
• Must hold permit for at least six months before scheduling driver’s test
• Must log total of 50 hours of supervised driving, including 15 hours of night driving
• May not drive via most New York City-area tunnels, bridges, parkways and parks

Intermediate Stage:
• Must be at least 16 1/2 years old
• May not drive between 9 p.m. and 5 a.m. (with limited exceptions)
• May not drive with more than one non-family passenger under age 21

Full Privileges:
• Must be at least 18 years old, or 17 if a driver’s education course has been completed

Wendy Loughlin is a mother of two living in Fayetteville.